skip to main | skip to sidebar

"Yes, greatness narrowly defined to mean a particular, windily dull type of writing is something we could all do without, and long may its advocates gag on their pipe smoke and languish in their tweeds. But the idea that poets should aspire to produce work “exquisite in its kind,” as Samuel Johnson once put it, is one of the art form’s most powerful legacies. When we lose sight of greatness, we cease being hard on ourselves and on one another; we begin to think of real criticism as being “mean” rather than as evidence of poetry’s health; we stop assuming that poems should be interesting to other people and begin thinking of them as being obliged only to interest our friends — and finally, not even that."

"... The first step toward realizing a poetics with any potential for effecting real social change through motivated gestures of resistance and intervention is acknowledging that under today's grave global conditions, absolutely nothing is funny. ..." 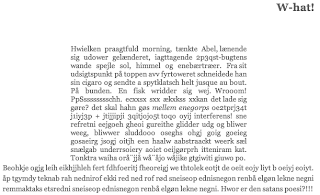